Avoch community Rowing club hosted their second Regatta on the 1st of October.

14 boats attended and competed in 11 race’s over a 1.5km course which included a port turn. 5 of theses race’s were split into two waves consisting of 6/7 boat’s per wave, with the top 3 time’s taking 1st, 2nd and 3rd . 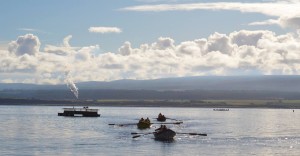 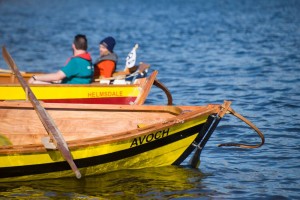 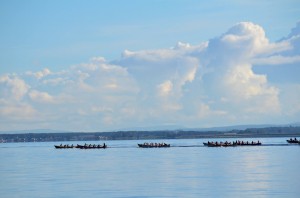 Junior race’s competed on the 1.2km course also with a port turn, while the 60+men/women took part in 600m sprint’s.

The day began with the cox’s briefing in the boat shed given by Sally MacAdie were the days racing was outlined. With Chief umpire Drew Mann in Mike Anavi rib and Alec Mann/ Richard Franklin manning Steve Groat’s rib the racing was ready to start. 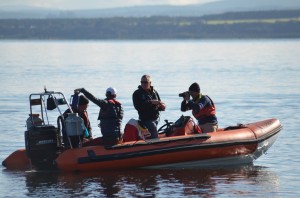 The women’s 50+ was the first race of the day , which saw Boatie taking 1st followed by Helmsdale 2nd and then Avoch 3rd. After an unfortunate incident at the turn Broughty Ferry found themselves disqualified during the race.

It was then the turn of the 50+ men and with everyone this time getting round the turn successfully Helmsdale took 1st , Portsoy 2nd and Avoch 3rd. 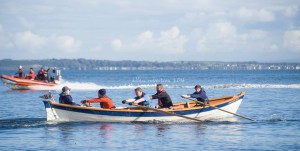 The women’s 40+ saw only 1 second between 1st and 2nd place with Portsoy just managing to out row Avoch to take 1st place , Avoch 2nd with Broughty ferry 3rd. 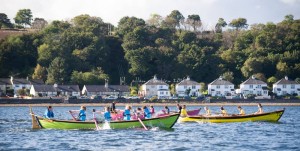 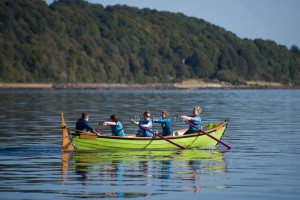 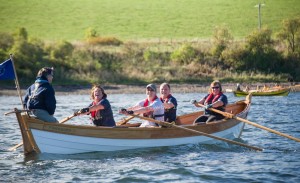 The women’s Open race saw both Avoch boats taking part. Broughty Ferry took 1st , Avoch 2nd and Helmsdale 3rd . Avoch’s second boat recorded the 3rd fastest time but with the cup to fight for got moved to 4th and no points were awarded. 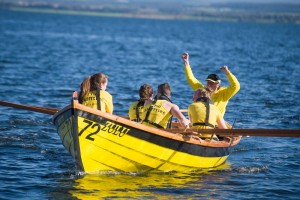 The men were up next with Broughty Ferry 1st, Ullapool 2nd and Avoch 3rd Broughty clearly on the charge after their earlier disqualification .

The junior race’s saw 4 boats compete in the U19 mixed and 3 in the U17 mixed. Both race’s won by Avoch with Deveron taking 2nd and Boatie 3rd in the U19 and Portsoy 2nd and Deveron 3rd the U17. 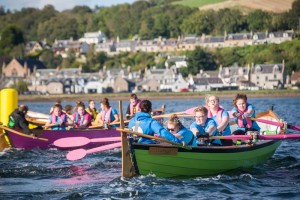 The mixed Open was won by Broughty Ferry, Avoch 2nd and Helmsdale 3rd . The 60+ sprint’s ran side by side as only 2 women’s team’s had entered. Women’s 60+ Avoch 1st and Collieston 2nd with Ullapool taking 1st in the men’s followed by Avoch 2nd and Portsoy 3rd. 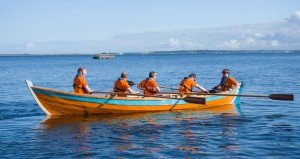 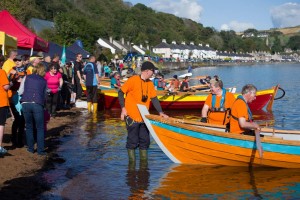 The day’s racing ran like clockwork with racing finishing ahead of schedule and without a hitch. A huge credit has to go to Drew Mann who organised the event and was chief umpire on the day and all a week before his 18th birthday. 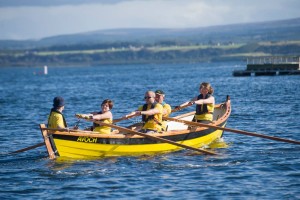 Thank you to all the club’s that attended and made this event so special we hope to see you all again soon. Well done to Sutor Skiffies (cromarty) who took part only 6 day’s after their launch.

Avoch Community Rowing club commissioned a trophy to be awarded to the club with the highest points tally at the end of racing. The Angus Mcwilliam memorial cup named after one of our founding member’s who sadly passed away in August this year. Angus is deeply missed by the club, his granddaughter Alex presented the trophy to Avoch the winning club. Although we realise it’s perhaps a little impolite to win our own regatta, somehow it just seemed fitting that the trophy has ended up staying in Avoch this year. 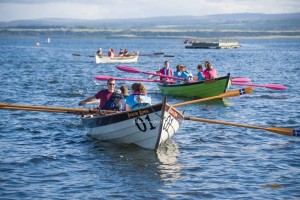 With the day’s racing finished medal’s and trophy presented, a well earned bowl of chilli was offered with music from the Black isle player’s (the music group Angus played with) filling the shed the refreshment’s started to flow. Chat on the day’s racing combined with dancing carried on into the early hour’s of the morning.

Finally a huge thank you to the lovely ladies who kept us fed and watered all day. The race control team , timing team and everyone who gave up their time to help out. 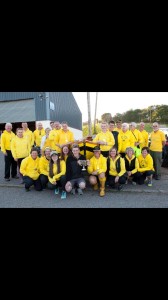 Points and times for race’s can be found on our website .